In October 2019, Himmeh w Lammeh joined the “World Cup for Sustainable Goals” initiative, a global initiative launched in 2015. The word cup aims to unite women from around the world through creating a meaningful social impact through sports.  The initiative encourages community outreach by means of social projects that have roots in the United Nations for Sustainable Development goals (SDG’s).  The aim is to improve the quality of life in local communities.

The Himmeh w Lammeh team chose to play for sustainable goal number 17, “Partnerships” which is very much in line with the principles of Himmeh w Lammeh and its belief that teamwork and creating partnerships between the public and private sectors, civil society institutions and local communities, is what will drive and sustain positive change.

The GGWCup, Amman 2020, for Sustainable Goals was finally launched in Jordan in May 2021after a year’s delay due to the Corona pandemic.  The event was organized by the "Rise for Good" sports fund and took place in Amman’s citadel touristic site.  Our players trained for a year and participated in several matches, after which they reached the finals.  It was a great opportunity for Himmeh w Lammeh to bring attention to our causes and to form more partnerships with the other teams participating in the event. 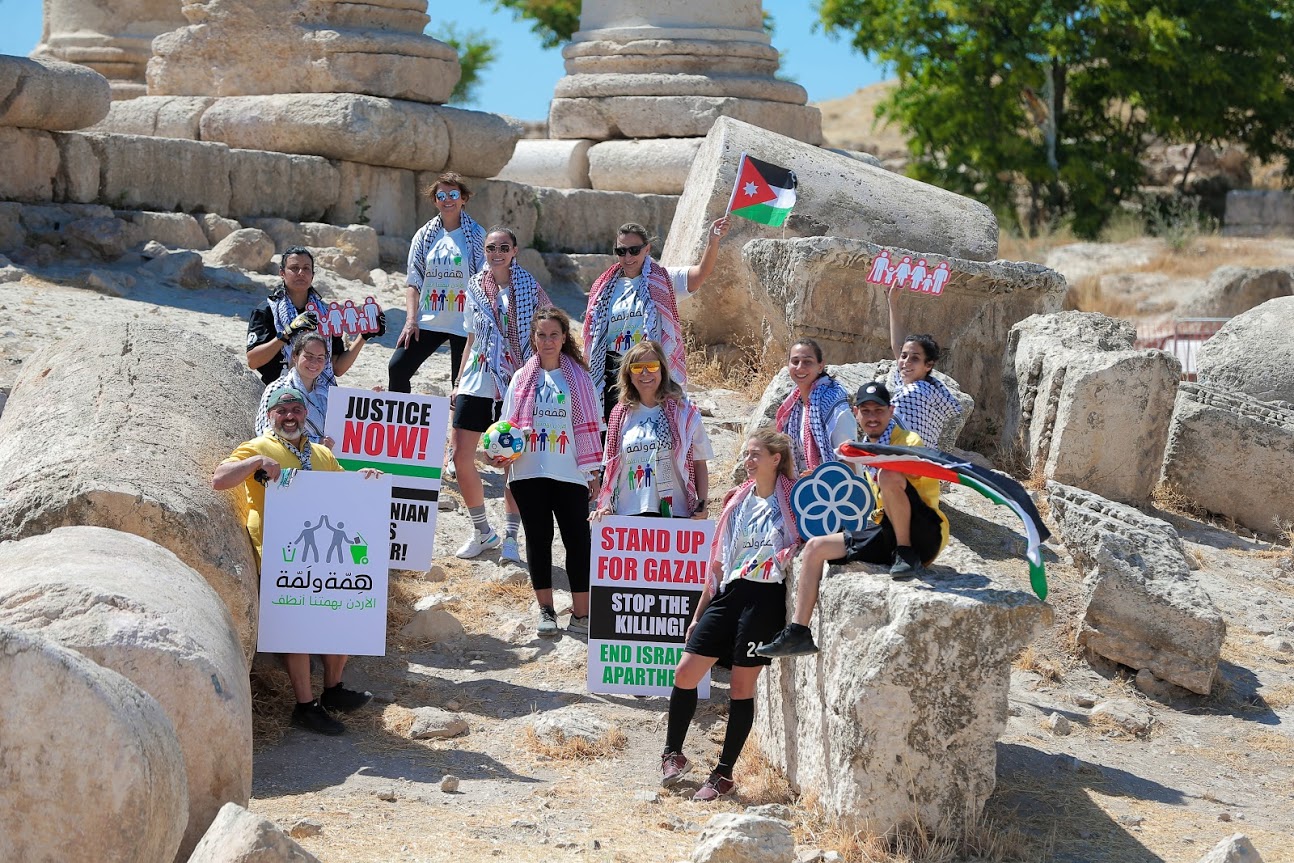